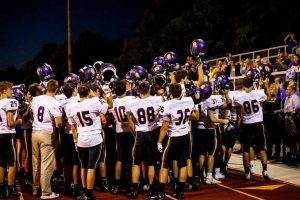 The Indiana Football Coaches Association has released its Academic All-State selections for the 2019 season.  A dozen Guerin Catholic players received the prestigious honor.  The 12 team members is the third highest total awarded to any team in Indiana this year.  Congratulations to:

The 12 honorees for the Golden Eagles is their second highest number in the last six seasons.  Only the 2016 team had more with 15 players selected.  In total, the Golden Eagle Football Program has produced a remarkable 59 Academic All-State selections since 2014.