Guerin Catholic Athletics is proud to announce that wrestler Jeff Dunasky, Jr. has been named the 2019-2020 Male Athlete of the Year. This is an award voted upon by the Guerin Catholic head coaches. He becomes the first wrestler to win the award.

By any calculation, Dunasky Jr. is the best wrestler in school history. He leaves Guerin Catholic as the all time leader in takedowns, nearfalls and win percentage. He finishes his career with a 122-33 record, which is also the school record for wins. He made school history by becoming the school’s first sectional and regional champion as well as a Hamilton County champion and a Circle City Conference champion. During his time at Guerin Catholic, he also qualified for the regional 4 times and the semi-state 3 times.

In addition to his on-the-mat accomplishments, Dunasky, Jr. was also an Academic All-State selection during his junior and senior years. He was a three time captain and was named a St. Theodore Guerin and Golden Eagle Award winner.

From Guerin Catholic Head Wrestling Coach Andy Fleenor:
“I’m extremely proud of the hard work Jeff put into getting better every day. Whether it was running, lifting or getting into a wrestling room, he was doing something every day to make himself better to reach his goals. He leaves Guerin Catholic as the most decorated wrestler in history, leaving behind a standard of expectations and paving a path for what it takes to be a successful wrestler.”

From Athletic Director Ryan Davis:
“Simply put, Jeff is one of the best to ever walk the halls at Guerin Catholic. In so many ways, he has set the bar for all wrestlers to reach. As great as his wrestling accomplishments were, his time in the classroom, the hallways and interactions with others will always define Jeff. He’s a student-athlete full of faith, high character and tons of ability and that’s how we will remember him. We will miss Jeff but Guerin Catholic is better because he was a part of it.” 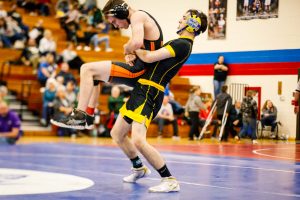 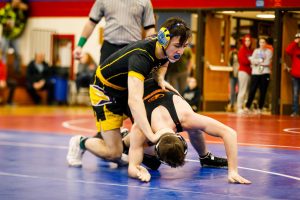 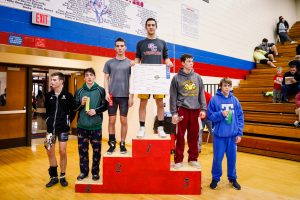