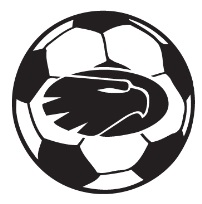 In the last match of the regular season for the varsity, the Golden Eagles played host to #8 Fishers.

Despite a few looks on goal, it wouldn’t be until early in the second half when senior co-captain Anna Heck would score the game’s lone goal.

Junior goalkeeper Olivia Labus made a couple saves on the night, and is credited with the shutout win.

The varsity returns to action next Tuesday at Carmel’s Murray Stadium, as they compete with Pike in the opening round of sectionals. The contest starts at 5P.